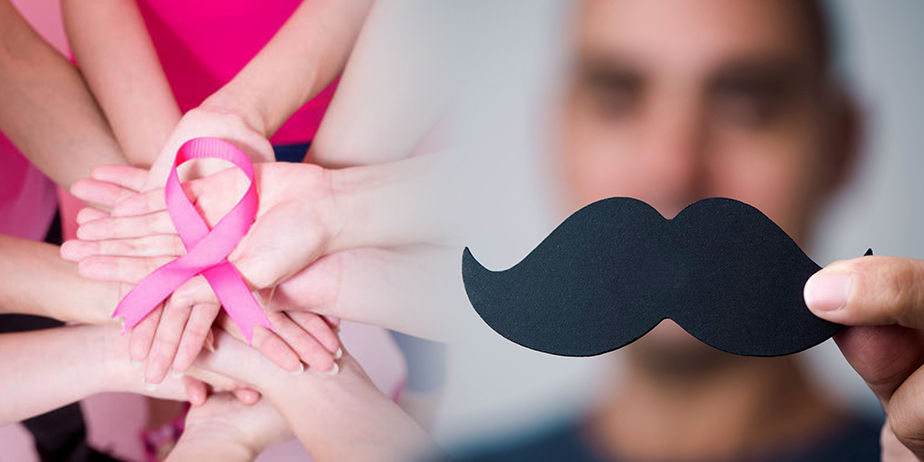 For another consecutive year, Keen has supported Malta’s Pink October and Movember campaigns.

Members of Keen’s creative design, account management, website development and social media departments pulled together to make a generous donation to the charity, which aims to promote awareness in men and women about the importance of checking for breast and testicular cancer.

Keen managing director John Falzon said: ‘We truly believe in the importance of the Pink October and Movember. This year has thrown some major curveballs, to say the least. It’s been a challenging time and the world is changing, but the fact remains that as many as one in two people will get cancer in their lifetime unfortunately.’

‘At Keen, we are committed to contribute and do our bit to help raise awareness and spark conversations – after all that’s what we do as a marketing agency every single day! Now, more than ever, we all need to look after our health and look out for each other.’

➤ Breast cancer is the most common form of cancer for women in Malta.

➤ Around 1 in 8 women will be affected by breast cancer at some point in their lives, according to recent figures.

➤ 87% of Maltese women treated for breast cancer survive the disease – that’s the best result in the EU.

➤ Around 50% of men diagnosed with testicular cancer are aged between 20 and 34, but thankfully this cancer has a relatively high chance of being cured, as long as you detect it early enough – hence the importance of the Movember initiative.

➤ Movember started in Australia in 2003 and is observed in more than 20 countries from Malta to Hong Kong, Denmark to Ireland and Norway to the United States.

➤ All those moustaches have raised a staggering $769 million dollars combined to date.

Check yourself as part of a routine, as normal as plucking your eyebrows and shaving your legs. Stay safe and look out for each other!

Wrapping up 2021 in style and coffee

This website uses cookies to improve your experience while you navigate through the website. Out of these cookies, the cookies that are categorized as necessary are stored on your browser as they are essential for the working of basic functionalities of the website. We also use third-party cookies that help us analyze and understand how you use this website. These cookies will be stored in your browser only with your consent. You also have the option to opt-out of these cookies. But opting out of some of these cookies may have an effect on your browsing experience.
Necessary Always Enabled
Necessary cookies are absolutely essential for the website to function properly. This category only includes cookies that ensures basic functionalities and security features of the website. These cookies do not store any personal information.
Non-necessary
Any cookies that may not be particularly necessary for the website to function and is used specifically to collect user personal data via analytics, ads, other embedded contents are termed as non-necessary cookies. It is mandatory to procure user consent prior to running these cookies on your website.
SAVE & ACCEPT